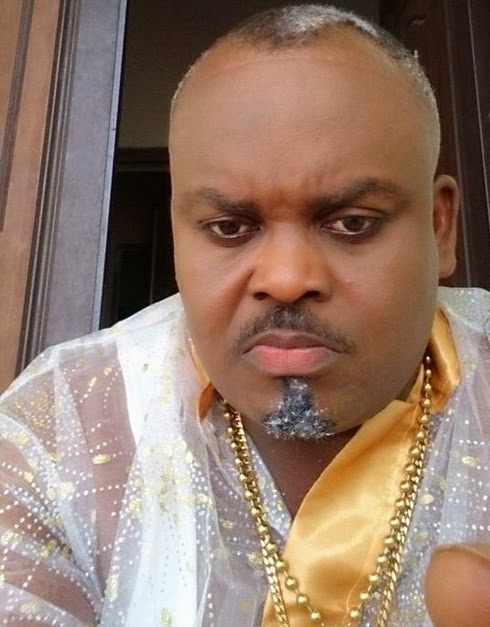 Controversial Nollywood actor  Solomon Akiyesi who was rumoured to be involved in secret Nollywood homosexual sect in Benin city few months ago has come out to expose all his dirty secrets in 2014.

In a Facebook post he shared few hours ago, Mr Akiyesi thanked God for seeing him through the year 2014. He mentioned a particular statement about going through the ‘legs of many women and coming out unhurt’.

Check out what Akinyesi said: 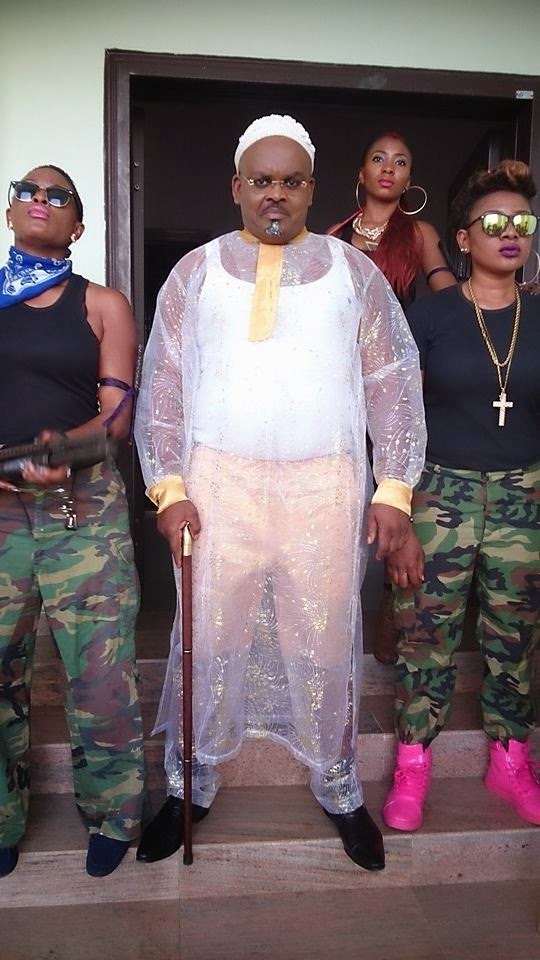 For 365 days I survived transcient good times and some bad times that just won’t go. But such didn’t take pre-eminence. For 365 days in pursuit of my career I assumed different characters. But they did not affect me negatively. Just as for 365days I mounted all forms of high rise buildings and bridges put together by ordinary men and non collapsed against me. In the last 365 days what killed others dId not kill me though the circumstances were identical. It can only take the abundance of grace and undying love to survive 365 days of uncertainty. And who else gives me this grace and protects me in His loving arms but the Father Himself, the lover of my soul and best friend, Jesus Christ! I glorify your name Lord for helping me finish 2014 strong and starting 2015 even stronger!!!!” 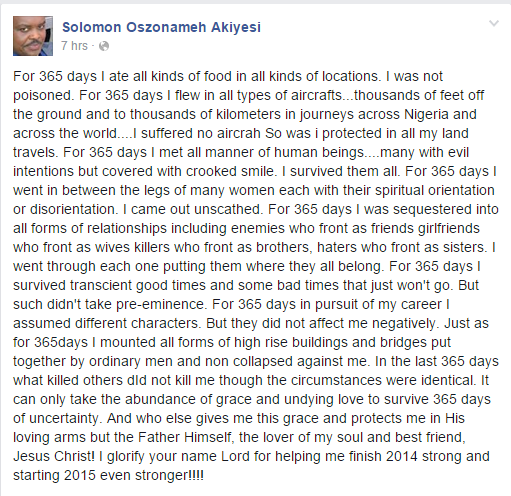 Is he trying to start the year 2015 with another controversy or what? This man self he too like attention.