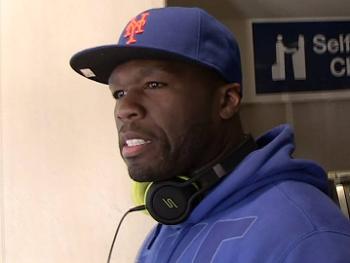 The rapper broke the rule of St Kitts, a small island in the Caribbean when he used profanity during his performance.

Organizers of the event had earlier warned him against using profanity during his concert, but the rapper got carried away when he said “motherf***** in front of a huge crowd.

The rapper was arrested immediately after the concert and taken to a police station from where he was ordered to pay a fine.

According to sources in St Kitts, 50 cent has paid the fine and is on his way back to the US.

Rapper DMX got in trouble for the same crime in St Kitts back in 2013.

The guy think say he dey for America, the land of the free.