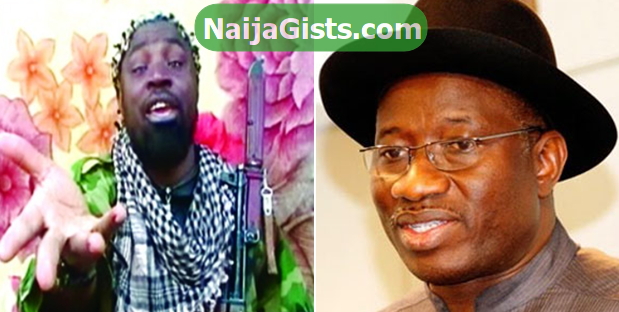 President Goodluck Jonathan on Thursday approved the setting up of a committee to consider the issue of granting amnesty to members of Boko Haram and other insurgent groups in the northern part of the country, according to a competent Presidency source. The decision was reached at a three-hour meeting of the National Security and Defence Council presided over by the president at the State House.

The committee was given two weeks to submit its report, the News Agency of Nigeria reported, quoting sources.

According to the source, the president summoned the emergency security meeting in response to calls on the government by various interest groups to grant amnesty to the insurgent Boko Haram sect.

Jonathan has come under intense pressure over the issue, with politicians from the country’s violence-torn north as well as Nigeria’s highest Muslim spiritual figure, the Sultan of Sokoto, calling for an amnesty deal.

The source said that the committee would consider the possibility of an amnesty for the members of the sect and outline the modalities for implementing it.

“It is a complex situation, but government has obligation to respect public opinion, especially with the increasing clamour for amnesty from various quarters,” the source said.

Such government panels have previously led to little or no action in Nigeria, with their reports often quickly cast aside.

The call for amnesty became a national discourse after the Sultan of Sokoto, Alhaji Sa’ad Abubakar, urged the government to grant amnesty to Boko Haram as a way resolving the security crisis facing the country.

The source stressed that the president never foreclosed amnesty for Boko Haram but said that the option could be considered if members of the group came out for dialogue.

The Minister of State for Defence, Mrs Olusola Obada, had in a brief interview with State House correspondents given an insight into what was discussed at the meeting.

“The meeting is on the spate of insecurity, I mean what we can do to ensure that it is brought to absolute minimum,” she said.

When asked whether the issue of amnesty was discussed, the minister said: “Some issues to ameliorate the situation; some issues were discussed”.

Violence linked to Islamist extremist group Boko Haram’s insurgency has left some 3,000 people dead in northern and central Nigeria since 2009, including killings by the security forces.

The group also claimed the February 19 kidnapping of a French family of seven over the border in Cameroon. Their whereabouts remain unknown.

Boko Haram has claimed to be fighting for an Islamic state in Africa’s most populous nation and largest oil producer.

Its demands have however repeatedly shifted and it is believed to include various factions in addition to imitators.

Nigeria offered an amnesty to militants in the oil-producing Niger Delta region in the south in 2009 credited with greatly reducing unrest there, though oil theft has since flourished.