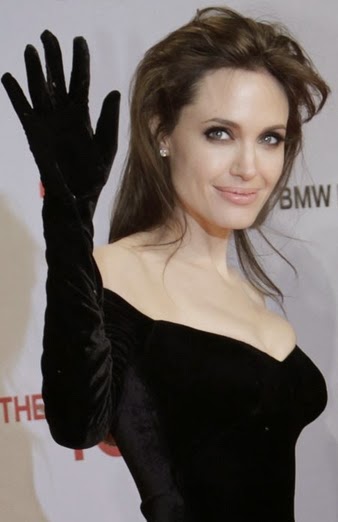 Hollywood superstar Angelia Jolie has removed her ovaries and fallopian tubes over concern that she is developing ovarian cancer.

This came 2 years after she had her two breasts removed to prevent breast cancer.

The actress, who has lost her mother, grandmother and aunt to the disease, said she had the procedure last week after results from a blood test raised fears that she may be in the early stages of cancer.

“I did not do this solely because I carry the BRCA1 gene mutation, and I want other women to hear this,” Jolie wrote in an op-ed piece in The New York Times, the same way she announced her double mastectomy two years ago.

“A positive BRCA test does not mean a leap to surgery,” said Jolie, who is married to fellow Hollywood heavyweight Brad Pitt.

“In my case, the Eastern and Western doctors I met agreed that surgery to remove my tubes and ovaries was the best option, because on top of the BRCA gene, three women in my family have died from cancer,” she wrote.

Her doctors said that she should have the preventive surgery about a decade before the earliest onset of cancer in her female relatives.

This surgery has put Angelina Jolie into early menopause.