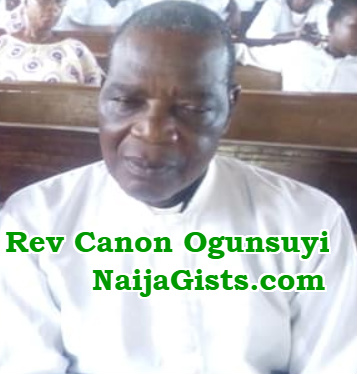 A priest and his son are currently in shock following a deadly attack by some suspected herdsmen at Ikun community in Akoko SW LGA of Ondo state.

The victims, 70 year old Canon Foluso Ogunsuyi of the Danian Memorial Anglican Church in Ikun Akoko and his son Army Sergeant Ogunsuyi were reportedly attacked by bandit on the dreaded Oba Ikun Road in Ikun Akoko this morning while traveling.

The bandits took away N92,000 from them and matcheted the serving Army Sergeant who is currently being treated at Federal Medical Centre, FMC Owo.

The Special Assistant to Ondo State Governor on Fulani and Hausa matters, Alhaji Bala Umar, said instructions had been passed to genuine herdsmen in the forest and the farmers to report anybody with suspected movement to the nearest police station.