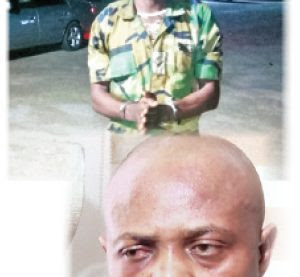 Lagos Police investigators are currently on the hunt for another serving soldier accused of working with Billionaire kidnap kingpin Chuwudumeje Onwuamadike, Evans.

The army officer whose identity and rank is yet to be revealed was attached to one of the Army formations in Lagos.

He reportedly fled after police arrested his colleague, Victor Chukwunonso in Ojo.

Continue Reading
You may also like...
Related Topics:evans, kidnapper, wanted