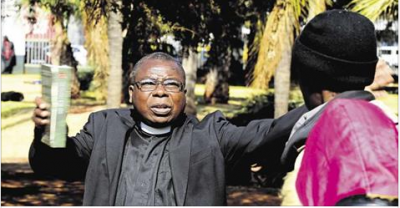 June 26, 2017 – Cultists Stab Evangelist To Death In Ife Mkpat Enin LGA Of Akwa Ibom State For Telling Them To Accept Christ & Repent From Their Sinful Ways

A notorious cult group terrorizing residents of Ife in Mkpat Enin area of Akwa Ibom state has murdered an evangelist for preaching the message of repentance unto them.

The victim simply identified as Nnamani was stabbed to death by members of the notorious cult group last week.

According to residents, the cultists had earlier warned Evangelist Nnamami to stop disturbing them with message of repentance but when he refused to stop, they dragged him into the bush and stabbed him to death. They later fled the area for fear of arrest.