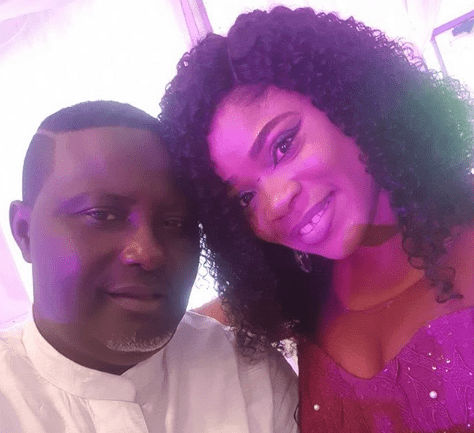 Nollywood actor  Antar Laniyan, in an interview with Punch NG revealed secret behind his youthful look.

The actor who described his wife as a blessing said he is not a womaniser.

Describing his wife as a blessing, the actor said;

“There are so many things that I do not indulge myself in. For instance, I do not run after women. Even when the women run after me, I just smile and run away. One thing I want people to know is that you cannot do away with women. You admire them and they admire you as well but you do not have to take all of them to bed. A woman that is star struck can come to me, I would hug her, give her a peck (on the cheek) and let her feel welcome, but I do not have to take her to bed.”

Admitting that there are some diehard female fans that will go out of their way to get what they want, the actor noted that there are ways to avoid being their victim. Laniyan said;

“If the woman is a diehard fan that wants to have her way with you, let her feel welcome. As long as you are in public, let her do what she wants to do. Hug or peck her (on the cheek); you are in the open and everyone is looking at you and the lady. She would not remove her skirt in the open because she is not mad. She is just star struck and that happens to everybody.

“People cried when they saw Michael Jackson sing. I have encountered so many diehard fans. There was an incident that even happened when my wife was in the car. The lady was on a BRT bus and she brought her head out of the window of the moving bus and blew me a kiss. My wife jokingly suggested in Yoruba that we should park the car so that the fan could come and meet me properly.”

While thanking God for the woman in his life, his wife, the actor stated that it amazes him how his wife is always unbothered when female fans come around him. He further revealed that his wife sometimes criticises him if he fails to act a romantic scene properly.

Even though Laniyan has spent over 30 years in the Nigerian movie industry, he has steered clear of scandals. Talking about how he has been able to avoid scandals, Laniyan noted that all he does is to stay on his “side of the bed”.

“For instance, whenever I am on Instagram, I know the kind of posts that I comment on. If you upload the picture of a naked lady, I will not comment on it; I will not react to it. The reason why I will not react is because I know that if I do so, someone would say something like ‘it is actresses that dress nude’. From there, we may start attacking each other online. So that is why I stay on my lane in real life and on social media.”

Tayo Sobola: My Mother Taught Me To Believe In Myself, Be Content & Forgive Easily
Nollywood Actress Bose Alao Appreciates Fan Who Paid For Her Marriage Therapy Session