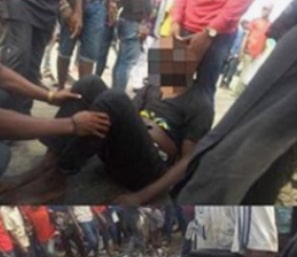 Buhari has expressed sadness over the tragic death of some members of the All Progressives Congress (APC) members in a stampede at the presidential campaign rally held in Port Harcourt, Rivers State, on Tuesday.

A statement by the Senior Special Assistant on Media and publicity, Garba Shehu, said that President Buhari is deeply saddened by the tragic loss of lives and extends deepest condolences to the families and friends of the victims.

He also wished a speedy recovery to all those injured.

The President described the deaths as “needless loss of lives and an anti-climax to a highly successful outing” in the oil city that could have been averted if there was an orderly exit from the Adokiye Amiesimaka Stadium.

“It is indeed a great tragedy that Nigerians who have important roles to play in shaping the future of the country and had come to see and hear from us how hard their government is working to build a Nigeria of their dreams, would meet their end in this unfortunate circumstance.

“I assure the people, with all sense of responsibility, that the party and the government will do everything possible to ensure the well-being and safety of our citizens as they troop out to attend rallies and all other political events,” the President said.

President Buhari assured the government and the people of Rivers State as well as the affected families of the support and prayers of the Federal Government during this difficult time.

The President prayed Almighty God to repose the souls of the deceased.

At least 14 persons died on Tuesday during a stampede at the All Progressives Congress (APC) presidential rally in Port-Harcourt.

Many others were injured in the sad incident, which occurred at the Adokiye Amiesimaka stadium near Port-Harcourt International Airport.

Most of the injured were rushed to the nearby University of Port -Harcourt Teaching Hospital (UPTH).

The incident happened when the crowd surged toward the gate marked “Pedestrians only” shortly after President Buhari rounded off his speech around 3: 16pm.

It was gathered policemen opened only one side of the big gate, causing a stampede as the crowd rushed to pass through.

When our reporter got to the spot at 4:50 pm three aged women and a middle-aged man were seen lying dead.

One of the revived survivors blamed overzealous policemen for the unfortunate incident, wondering why they didn’t open the two sides of the gate.

Two ambulances from UPTH moved the injured persons and bodies to the federal teaching hospital.

When contacted at 7:12 p.m., the Public Relations Officer of UPTH, Mr. Kem Daniel-Elebiga, confirmed that fourteen persons were brought to the hospital dead.

He said three people were being attended to at the casualty unit with more persons rushed in.

He stated Rivers Police Commissioner, Usman Belel, had ordered investigation into the stampede to know the immediate and remote causes, with anybody found culpable to be arrested and prosecuted.