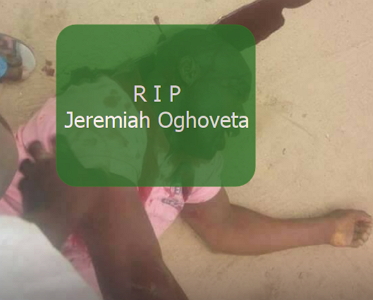 Murdered in Delta was Jeremiah Oghoveta ,who had declared his interest to lead the party in Jeremi 3, Ughelli South ward 10.

He was knifed to death allegedly by one Tete in the heat of an argument over the hijack of electoral materials by a side involved in the process.

The deceased had protested over the alleged hijack of the materials.

But as he made to leave the scene after making his point, his assailant pounced on him, stabbing him on the neck. He died on the spot while is attacker, Tete fled.