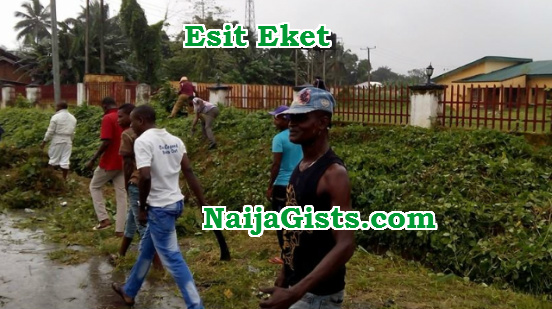 At least 10 gunmen yesterday kidnapped the wife of Ubong Assam, the traditional ruler of Esit Eket in Akwa Ibom State.

The gunmen also abducted all his four children.

Chief Asuquo Abia, a village head in Akwa Ibom said the gunmen carried out their operation between 1:30am and 6am .

“The gunmen destroyed part of the palace with dynamite and broke into all the rooms and carted away valuables,’’ Abia told NAN.