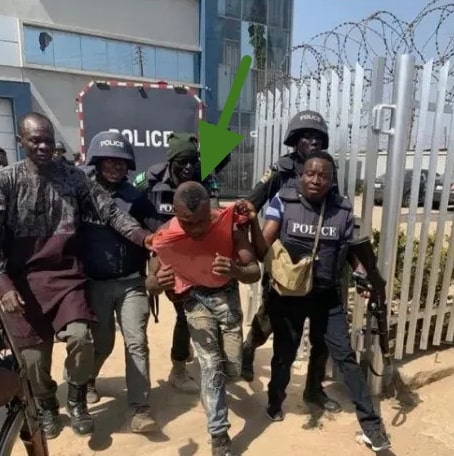 The suspected armed robbers arrested following a foiled robbery attempt at a branch of First Bank in Mpape Abuja have reportedly confessed.

In their confession, the suspects indicted some employees of the financial institution.

Metro Plus gathered that the suspects told police detectives during interrogation that they were invited to carry out the robbery by some employees of the bank.

While four gang members were apprehended, the number of bank workers in custody could not be confirmed as of the time of filing this report.

Operatives of the Federal Capital Territory Police Command and soldiers from the Guards Brigade foiled the heist in Mpape, a settlement a few metres away from the highbrow Maitama District.

One of the suspects was gunned down, while four others were arrested.

The suspects had holed up in the banking hall for almost two hours until they were smoked out with teargas by security personnel, who condoned off all possible escape routes.

It was gathered that the suspects were invited to rob the Automated Teller Machines located on the bank premises.

It was believed that the ATMs were stashed with huge amounts of money to cater to customers’ cash needs during the Yuletide.

Here is what a police source told Metro Plus.

“It is too early to give details, but so far, the suspects are claiming that they were given information about how to rob the bank by some of the workers. We are still working to verify their claims”.