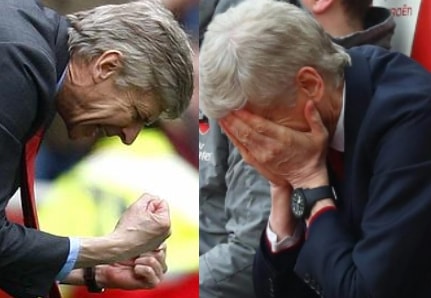 Arsene Wenger: I Regret Sacrificing My Life For Arsenal, My Selfish Obsession In Pursuit Of What I Love Have Made Me Neglected My Family, Friends & Loved Ones

After 22 years of a career that gave Arsenal the victory, former Arsenal manager, Arsene Wenger is now regretting his actions.

The 68–year-old Frenchman who lost his wife to his rather selfish obsession to coaching in an interview with French news outlet RTL revealed one of the biggest mistakes of his career.

Here is what Wenger told RTL:

“Perhaps, staying at the same club for 22 years is one of the biggest mistake of my career.

“I’m someone who likes new things, likes change. But, I also like challenges. I was a little bit of a prisoner to my challenge each time.”

“I regret having sacrificed everything I did because I realise I’ve hurt a lot of people around me.

“Deep down though, the obsessed man is selfish in his pursuit of what he loves. He ignores a lot of other things.

“But it’s a bone to chase at the same time.”