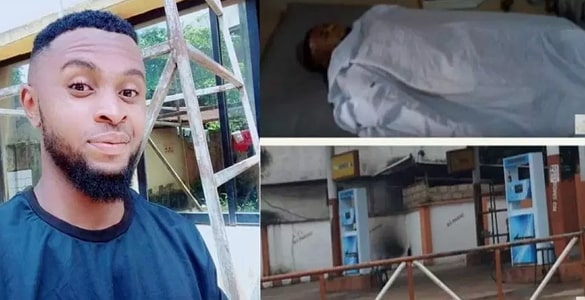 A filling station manager and a father of four at Okpuno Nnewichi, Nnewi, in Nnewi North Local Government Area of Anambra State, was, yesterday, stabbed to death allegedly by his employer over N40,000. The deceased simply identified as Chigozie alleged to had engaged his employer in an argument before the incident. According to a source, problem started when the employer (names withheld) of the deceased told him to provide a sum of N40,000 which he said was missing from the company’s sales.

We gathered that the manager begged his employer to bear with him, and deduct the said sum from his November salary. but the suspect declined and insisted that the money must be provided instantly. What seemed to be a mild drama turned bloody, when the suspect in a desperate move to recover the said money, allegedly stabbed his employee several times with a screwdriver before he collapsed.

The deceased was said to have been rushed to a hospital along Oba Road, Nnewi, where doctors confirmed him dead. It was also gathered that the suspect ran away from the hospital immediately the victim was confirmed dead “though he was later arrested by the police.” When contacted, the state’s Police spokesman, Haruna Mohammed (SP), confirmed the incident, saying the command was yet to get full details of the incident.