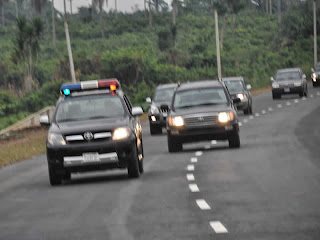 The Ilorin chapter of ASUU (Academic Staff Union of Universities) has urged the FG to place an immediate ban on sirens usage by government officials in Nigeria.

The urgent call was made in a PR signed by ASUU Chairman, Dr Taiwo Oloruntoba Oju today over the tragic death of former ASUU president, Professor Festus Iyayi.

Dr Taiwo said the sudden death of Iyayi is a wake up call on the use of convoys & sirens by Government officials.

“We call for a declaration of emergency to tackle the death traps that we call roads in this country. The carnage must stop,” said ASUU Chairman

According to him, convoys of governors are not meant to terrorise the governed whose taxes are used to buy the cars, pay drivers and ensure their maintenance.

ASUU chairman said that convoys should not convey or deliver death to the masses of the country.

“We join our voices to that of the governor of Lagos State who has clamoured incessantly for a stop to the use of sirens to terrorise citizens,” he added.

According to him, November 13 to November 19, had been declared mourning period by ASUU members, adding that flags at all secretariats of the union are to be flown at half-mast.

He also enjoined all ASUU members to wear the symbolic black arm bands or dress in black during the mourning period.

Governor Babatunde Raji Fashola is the only governor in the history of Nigeria who is against the use of sirens.