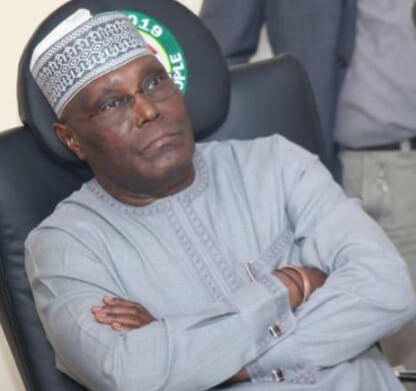 Babalele is in EFCC’s custody with his alleged accomplice, Mr. Uyi Giwa-Osagie, who had earlier been arrested by detectives.

About €67, 950,000 of the suspected 150m Euro has been traced to the accounts of Osagie, Babalele, two slush firms and two Bureau de Change operators. 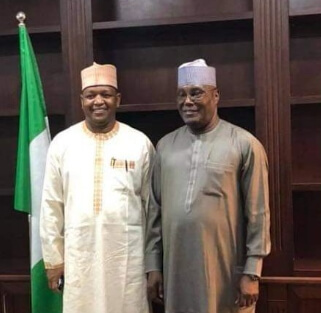 Detectives believe, going by their findings, that the €150million was allegedly laundered for the general elections.

Both Uyi and Babalele, who is the Group Finance Director of Atiku’s companies, were still in custody as at press time yesterday, pending the conclusion of the investigation.

The EFCC intercepted a $1.6m transaction on February 11 at a Bureau de Change on Lagos Island.

It was gathered that a comprehensive trail of the affected BDC exchange activities led to the unraveling of the huge cash.

A source, who spoke in confidence, gave insights into how the hefty cash was being moved around to avoid the prying eyes of the EFCC.

The source said: “In the course of our routine exercise of monitoring BDCs, our operatives went to a market on Lagos Island where they intercepted $1.6million at a Bureau De Change. We intercepted the dollars because they were unable to convert it into Naira.

“The $1.6m was already given to the BDC operator on the island for exchange into Naira. As at the time our operatives moved in, about $141,000 out of the $1.6million was already converted into Naira at the rate of N358 per dollar. The balance of $1, 459,000 was still intact because of the scarcity of Naira.

“Those interrogated claimed that the $1.6m belonged to a BDC man in Abuja. Further investigation on the real owner of the cash led to the identification of Mr. Uyi Giwa-Osagie.

“We interviewed Uyi but he was not forthcoming on how he came about the money.

“We however traced huge inflows into Uyi Giwa-Osagie’s account (Guernsey Trust Company Nigeria Limited) to the tune of €26,050,00million. The same money was later converted to $30m and lodged in a dollar account.

“From this dollar account, transfers were made to BDCs and that was how we intercepted the $1.6m.”

Detectives also uncovered how Babalele got involved in the alleged money laundering.

Another source said: “Our operatives discovered how €41,900,000 was wired into an account of a suspected shell company called Afritech Utilities by Intels West Africa Limited. Part of the same inflows was transferred to various BDCs for the purpose of conversion to Naira.

“The signatory of Afritech Utilities happens to be Abdullahi Babalele. We, therefore, felt there was the need to invite Babalele to explain how he came about this humongous money.”

Replying to a question, the source said: “Investigation confirmed that Afritech Utilities has three members of staff two directors and one secretary.

“The profiling showed that there is no particular business that Afritech is engaged in. Babalele at a point claimed the company is engaging in importation of cars but no shred of document to prove. Later, he said the importation of the cars was for family use.

“It is more or less a shell company. Guernsey Trust Company Nigeria Limited is only protecting the interest of others.”

Two BDC operators (one in Abuja; the other in Lagos) have been quizzed by the EFCC.

“We have interrogated these two BDC owners but investigation is still on,” the source said.

Uyi and Babalele have maintained that they have nothing to do with money laundering.

They alleged that the € 67.9m was a loan granted by Intels West Africa Limited to enhance business capital.

“Some loan agreements by Intels, Guernsey Trust Company Nigeria Limited and Afritech Utilities were presented to the EFCC’s team but no evidence of board or shareholders’ resolutions. It was not clear what the loan was meant for.

“The agreements appeared anticipatory in case of any issue. We are detaining the two suspects pending the conclusion of investigation when we will grant them bail,” another source said.

Asked to be specific on the summary of the findings, the source said: “Those funds intercepted in BDCs and the withdrawals were suspected to be cash-for-poll deal in order to influence the general elections.”

He said: “Yes, Babalele is with us. We don’t do our investigation in the media.

“I don’t have details for now but at the appropriate time, we shall speak.”

Continue Reading
You may also like...
Related Topics:arrested, Atiku, in law, laundering, money