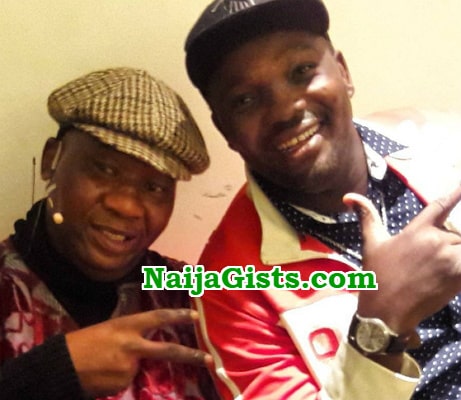 Top Nollywood actor Babatunde Omidina a.k.a. Baba Suwe, has been in the news all week after a broadcaster, who has kept his identity anonymous, raised alarm that the actor is dying of an unknown illness. According to the broadcaster, the actor, has been abandoned to his fate by colleagues who have kept their distance in spite of knowing his present condition.

No sooner the news hit the cyberspace than things began to happen. In less than 48 hours of the news going viral the comedian’s house became a Mecca of sorts as his colleagues trooped to his house to show solidarity and give their ‘widow’s mite’.

Actor, Yomi Fabiyi, who first broke the news of Baba Suwe’s deteriorating health, some three years ago was also the first to announce that colleagues have been responding to the SOS sent out. He said, “In less than 48 hours my fans have sent me screen shots of deposits they made and have raised millions to ‘Save Baba Suwe’. I am close to tears. My cults, my backbones, I am honoured. However, colleagues such as Liz Anjorin, Iyabo Ojo, Adekaz Films & Marketing, Wale Olaleye (Journalist) are few others who confirmed deposits and invariably sent evidences to me. I understand many people have also deposited.

I am equally aware TAMPAN National via her Lagos chapter sent delegation already and will come up with something shortly. All other NGOs are well appreciated. Several other numerous colleagues and Baba Suwe’s fans are really mobilizing for funds and things are adding up. I must commend all those who have visited him at home including Kazeem Abimbola(Jigan Babaoja) and seen donating cash. Uncle Kola Olootu, the iconic broadcaster for the big effort and pragmatic approach. All media houses are valued.

The latest figure to donate to Save Baba Suwe campaign is London based C&S Church founder, Rev. Mother Esther Ajayi.