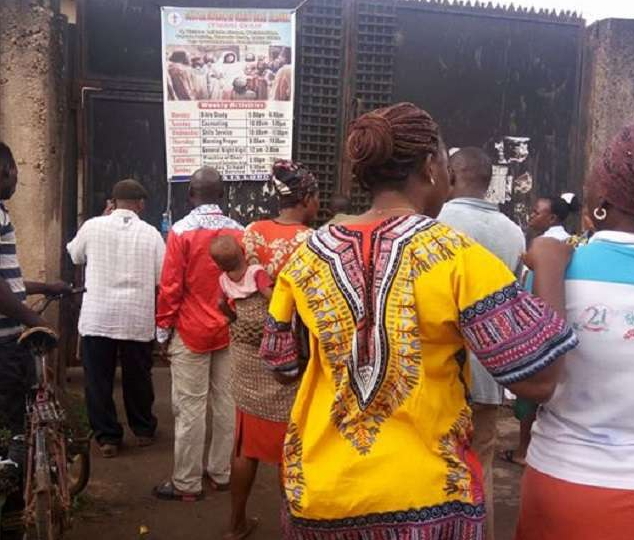 According to The Nation, Badoo ritualists today struck in Ajegunle injuring two women and their children.

Reports that Tuesday’s attack was the first in Ajegunle since the murderous gang went on killing spree.

It was gathered that a two-year-old child, who went to the church for vigil with her mother was also affected.

Although the state of the children could not be ascertained as at press time, earlier reports indicated that they died on the spot.

However, their mothers identified simply as Iya Dabira and Iya Ayomide were said to be battling for their lives at the General Hospital, Ikorodu.

According to the founder of the church, Rotimi Ajidara, the killers struck around 2:30am, after scaling the fence.

He said the women and children were asleep at another section of the premises after the vigil, while he retired to his apartment.

Ajidara said he was woken up by the screams of his members, who discovered the attack, adding that he immediately alerted his neighbours.

He said: “I went straight to the church, only to find the two women and their daughters in the pool of their blood and I alerted some of my neighbours, who in turn called the attention of other residents.

“Since I have been hearing about the killings by Badoo, I never knew they would come to my church. After checking round it was discovered that they scaled the fence into the church to cause the harm.

“I don’t know what to tell the families of the victims, because they only came to my church for vigil. My prayer now is that God heal the two women who are still battling to survive.”