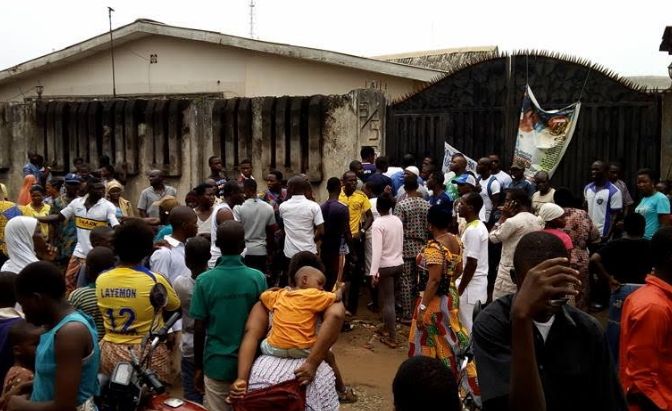 A woman suspected to be a child kidnapper was burnt to death at Allinson Junction after a mob allegedly found a list containing specification and prices of children.

According to Rasheed Fatuga, a source whose name he refused to disclosed said the mob overpowered the local vigilantes and police to lynch the woman.

He said: “The source said the woman was in her 40s and she is suspected to be a kidnapper.

“She was noticed by a meat seller and a fruit vendor at Allinson Junction, near United High School, ikorodu. The woman was acting like a mad woman but she suddenly stepped to a secluded area to receive a phone call.

“When they saw it, they immediately accosted her but she couldn’t defend herself. People soon gathered and she was taken to Onyabo’s office at CAC Road.

“On getting there, she was interrogated by the Deputy Chairman of Onyabo. They searched her bag and found an IPhone 7, juju ring and a list containing descriptions of children such as age range, heights and price tags.

“She confessed that she came from Isolo and she was not alone. She said that others fled immediately she was caught.”

He said the man hijacked the suspect and set her ablaze, adding that the security operatives were helpless.

“We were told that even the police could not control the crowd. They just collected her phone and said they would get classified information from it,” he said.