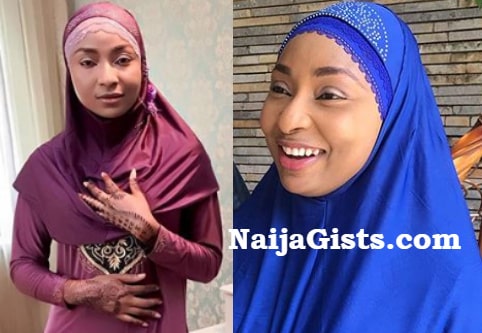 Top actress Belinda Effah has taken up the challenge to play the character of a Northern lady in an upcoming movie, ‘Haram’. The 29-year-old Effah will be playing the role of Hauwa in the movie that is currently being shot in different parts of Lagos, Nigeria

The actress, who disclosed this on her instagram handle, belindaeffah said she would be playing the lead role, which will also see her speaking a little Hausa language. 1/1 #Please Show Me Some Love Don Allah . On set of #HaramTheMovie . . Directed by Andy Boyo . . Being HAUWA – Quite Challenging- Nagode Allah.

Monica Friday, as well as Abubakar Yakubu. The movie will be directed by Andy Boyo and produced by Ashley Blessing.

Effah, made her first television debut in the 2005 TV series, Shallow Waters, later featured in the reality show, Next Movie Star, where she finished fifth, and was never evicted from the house. The actress was also a presenter for Sound City, but later left to start her own Tv sho, Lunch Break with Belinda.

She is a recipient of several awards including: Most Promising Act of the Year award at the 9th Africa Movie Academy Awards, Golden Icon Academy Awards.