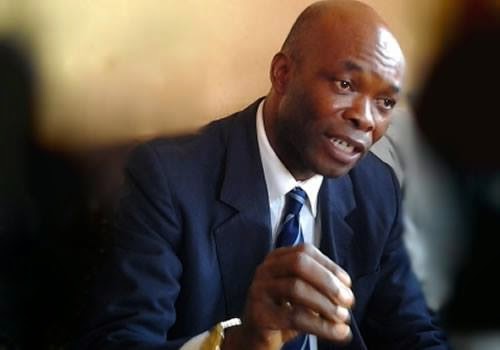 According to Enugu state police spokesperson, Ebure Amaraizu, Onwuka has been fingered as the key suspect in the March 8 attack.

The police said he is currently on the run to evade arrest and now wanted for felony.

Onwuka, who addressed newsmen in Enugu, said that his group’s motive was to hoist the flag of Biafra and “reconfirm the independence of the Republic of Biafra.”

He gave an ultimatum that Nigeria, “must vacate Biafra by March 31, this year and failure to do so, will result in bloodbath.”

Onwuka, who allegedly led the invasion, had told reporters in Enugu that, “since January 12, 1970, the Biafran flag has never rested in Government House, Enugu which is the centre power of the Biafra people.”

He, however, said that during the invasion, his members were not armed, noting that they carried only flags, sticks and ropes with which to hoist the flags which included those of Israel.