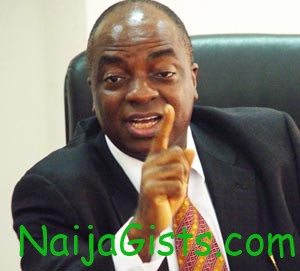 This lawsuit followed a witch-slapping allegation that surfaced sometimes last year during a deliverance service.

Robert Igbinedion, a Lagos based lawyer, confirmed to Premium Times Friday that he had filed a suit, on behalf of the young lady, at the Ogun State High Court for the enforcement of the lady’s fundamental rights to freedom from inhuman and degrading treatment, human dignity, fair hearing, and freedom from discrimination.

Mr. Igbinedion is seeking an award of N2bn as ‘general and exemplary damages’ against Mr. Oyedepo.

If a wrong is done to the young lady, she is bound to receive justice for that wrong,” said Mr. Igbinedion, a Solicitor at Salus Populi Chambers.