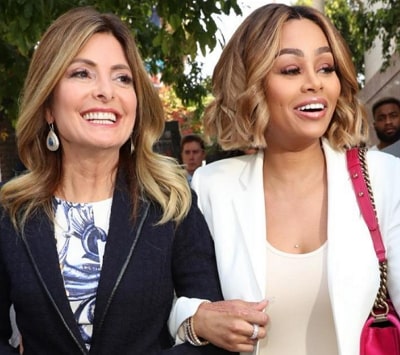 US lawyer, Lisa Bloom has left his client, Blac Chyna for good.

According to the Blast, Bloom has filed a lien against her famous former client. According the court docs obtained by the news site, Bloom notes that Chyna, who has been working with her for over a year, signed a written agreement and currently owes money for work done.

Blac Chyna is now firing back and now is accusing Bloom of wrongfully trying to get a cut of money Rob Kardashian may owe her in their legal battles and believes her lawyer should get absolutely nothing. The reality star is now asking the judge to deny Bloom’s attempt to get her hands on any judgment she wins against Rob Kardashian or his famous family.

The model argues that Bloom was the one who dropped her on May 7 without justification and as a result, her former lawyer waived all rights to attorney fees, according to Chyna.

Chyna sued Rob and his family for allegedly interfering with her reality show and causing producers and the network to cancel it, which allegedly caused her substantial damages.

However, the Kardashians have denied all allegations of wrongdoing and are demanding the suit be tossed out.