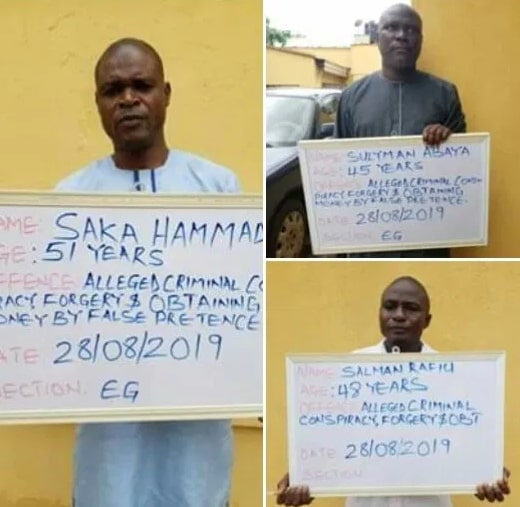 EFCC operatives from the Ilorin zonal office of the Commission have arrested three lawyers for allegedly defrauding one Pastor Adetunji Adedoyin of his property worth N20 million. 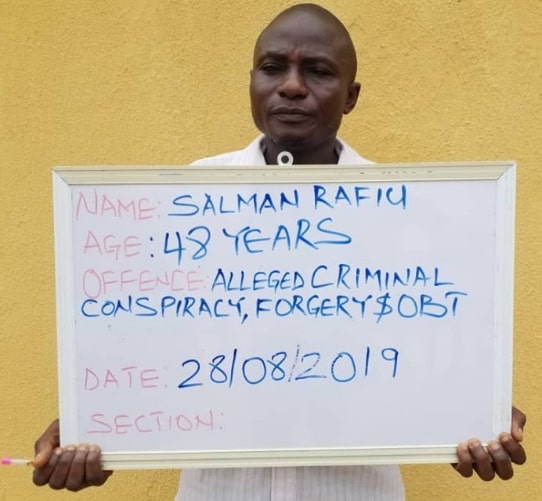 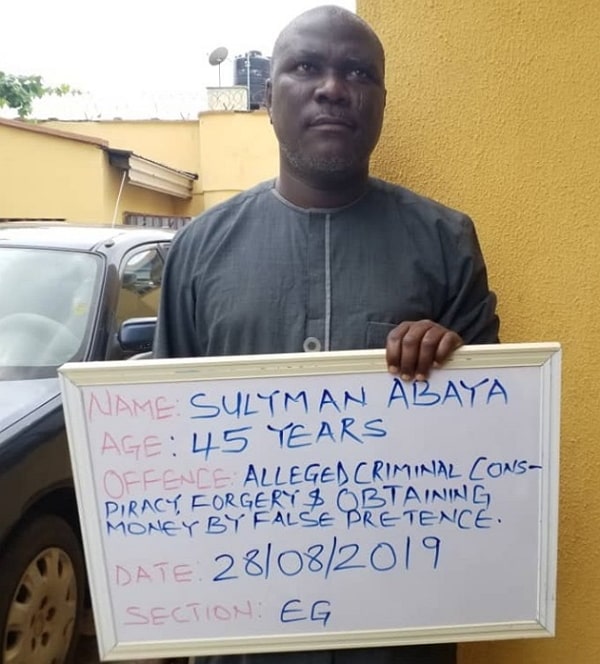 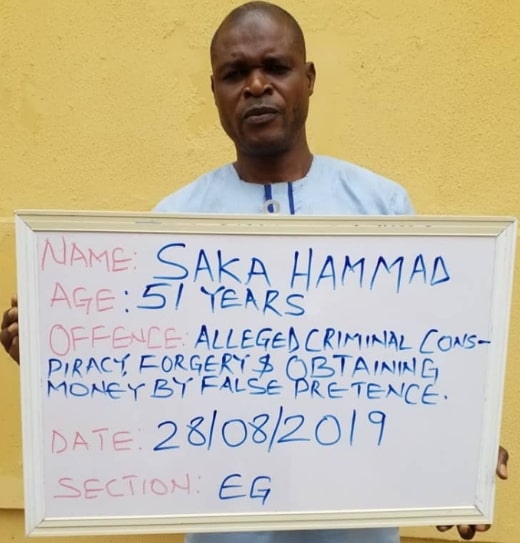 Other alleged accomplices of the lawyers on the run include Olarewaju Aluko and Mr. Na’ Allah Suyuti.

Pastor Adedoyin (petitioner) alleged that the suspects fraudulently obtained a court order through a false representation and sold the said property without his consent.

He also alleged that the lawyers did not allow him to brief them to defend him in the legal proceedings they instituted.

“I was informed that I was served summons all through the Court proceedings whereas it was R.A Salman who picked and arranged his colleagues, Abaya Sulyman and Saka Hammed to stand for me and these lawyers forged my signature on some documents purporting to consent in court to the sale of my hostel.

“The truth of the matter is, I never set my eyes on these people (Lawyers) prior to or during the court proceedings, neither did I participate directly or indirectly in the proceedings, I also was not aware of the proceedings from the beginning to the end.

“Earlier in 2016, after seeking advice on what to do, I engaged a lawyer Victor Okojie, in Ilorin to pursue justice for me because all attempts I made failed. Victor Okojie later linked me up with the buyer Na’ Allah and the buyer’s lawyer, Ayodele Aluko Olarewaju, the buyer felt my pain and explained that he had expanded about 12.5 million for the acquisition of my property. He said he was willing to release it only if I can pay back the money.”

The petitioner further explained that he was able to pay the sum of N4.2 million to the buyer’s account in order to recover the property which they released for him as at that time.

“The hostel was taken over again in March 2019 by the alleged buyer Mr. Na’ Allah through his Lawyer, Aluko Olarewaju on the grounds that I have not paid the outstanding balance,” he said.

It was gathered that the suspects initially denied the allegations against them when confronted by the operatives of the EFCC with some forged documents that emanated from the petitioner EFCC source said efforts are on to arrest other suspects indicted on the allegations.