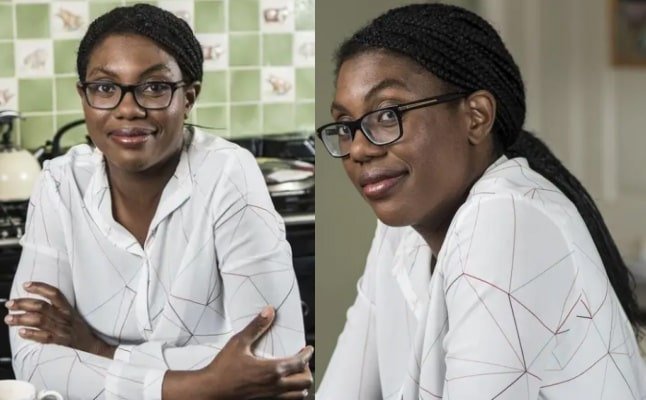 Nigerian-born British Politician Olukemi Badenoch, who was appointed as the junior minister for children and families by Prime Minister, Boris Johnson is an exceptional woman..

It may be known to many that she was appointed following her election as a Member of Parliament (MP).

But here are a few unknown facts about the new junior minister:

1. Olukemi lost an election for a seat in the London Assembly but was later selected after two other members gave up their seats in 2012.

2. A jack of all trades, Olukemi worked as a systems analyst before pursuing a career in consultancy and financial services, working as an associate director of private bank and wealth manager Coutts and later a director at the conservative magazine The Spectator.

She was also previously a school governor at St Thomas the Apostle College in Southwark and the Jubilee Primary School.

3. At an early age of 25, she joined the Conservative Party and contested against Labour and Liberal Democrat candidates.

4. Olukemi was listed at Number 96 on Conservative political commentator Iain Dale’s “100 most influential on the Right 2017”.

Badenoch is a British Conservative politician and Member of Parliament (MP) for Saffron Walden.

39-year old Adegoke was born in Wimbledon, London to parents of Nigerian origin.

Her childhood was spent in Lagos, Nigeria and the United States.

She moved to the United Kingdom at the age of sixteen

She once told MPs in Parliament about her own experiences of poverty and how she used to do her homework by candlelight.

A software and IT engineer, Badenoch studied systems engineering at Sussex University and also has a law degree. She has worked in the banking sector for Coutts and RBS and is a mother of two.

Tweeting about her appointment, Badenoch @KemiBadenoch posted on 29 July:

“I’m humbled to have been appointed a junior minister at the DfE. A huge privilege to be able to serve and make a positive difference on a number of issues close to my heart. I look forward to working with the ministerial team and everyone at @educationgovuk …(1/3)”

“Thank you for all good wishes and kind messages of support received. I also look forward to working not just with @Conservatives colleagues but cross-party and grateful for the warm welcome from @TracyBrabin and @SteveReedMP who no doubt will be keeping me on my toes! (2/3)”