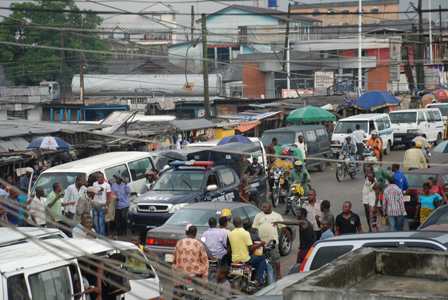 Over 10 people were wounded while property believed to worth thousands of naira were destroyed yesterday in Warri, Delta State when rival cult groups engaged in a bloody clash.

The cult members from Ogedegbe and Agbassa axis of Warri metropolis brandished guns, machetes and other dangerous weapons. It was learnt that the cult groups were fighting over land located between the two communities.

Consequently, valuables such as vehicles parked on the busy Warri-Sapele Road and tricycles were badly damaged just as several stores were looted. Besides, the hoodlums had a field day by stealing money, mobile phones and valuables from defenseless citizens who were caught unawares by the violence.

It was learnt that two Toyota Prado jeeps were snatched by the hoodlums before the arrival of policemen from Area Commanders Office and ‘A’ Division, Warri.