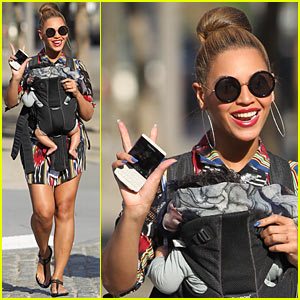 Celebrity music star, Beyonce recently gave a hint on the origin and the meaning of her Blue Ivy‘s baby name on her tumblr blog. naijagists.com

Blue Ivy Meaning According To Beyonce

Beyonce gave Baby Blue Ivy meaning on her tumblr account by posting an excerpt from author Rebecca Solnit’s 2005 novel, A Field Guide to Getting Lost containing references to Blue at every turn.

‘The world is blue at its edges and in its depths. This blue is the light that got lost. Light at the end blue end of the spectrum does not travel the whole distance from the sun to us.

‘It disperses among the molecules of the air, it scatters in the water. Water is colorless, shallow water appears to be the color of whatever lies underneath it, but deep water is full of this scattered light, the purer the water the deeper the blue.

The sky is blue for the same reason, but the blue at the horizon, the blue of the land that seems to be dissolving into the sky, is a deeper, dreamier, melancholy blue, the blue at the farthest reaches of the places where you see for miles, the blue of distance. This light does not touch us, does not travel the whole distance, the light that gets lost, gives us the beauty of the world, so much of which is in the color blue.’