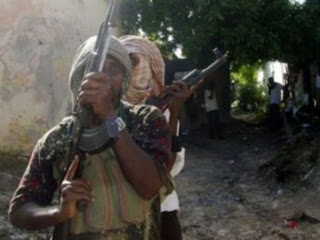 On Saturday the 16th of Feb, seven workers working with SETRACO, a road construction company located in Jama’are in Bauchi state were kidnapped by masked men at gunpoint.

Alhaji Mohammed Ladan, the Police Commissioner for Bauchi state confirmed the incident today in a chat with News Agency of Nigeria.

While online reports claimed 2 Nigerians & 5 Lebanese nationals were kidnapped, the Police Commissioner however refused to disclose the nationalities of the kidnapped workers.

He further said the suspected Boko Haram gunmen also tried to attack Ganjuwa Police station and a prison in the area but the attack was foiled by the policemen on duty.

Ladan said no arrests were made but investigations is ongoing.