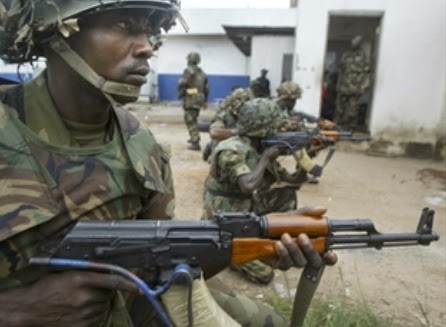 Now this is exclusive guys, oga on top (you get my point) just resigned from Nigeria’s secret service after over 20 years of service. Four of his men were beheaded in Borno state last week.

Apparently some commanders in the military exposed these guys last week and they were gruesomely beheaded. Two of them who managed to escape informed my oga last week.

Few of his men that were scheduled to go on UO have also tendered their resignation letters.

These people successfully joined da game (security slang) and worked as chameleon (SS) for over 3 weeks before they were exposed by the bad eggs in the military.

This is exclusive guys, i will not go into further details for security reasons.

The Nigerian military is compromised, Boko Haram informants are everywhere even in the States Security Service.

May God help our people in uniform. They are brave men and women.