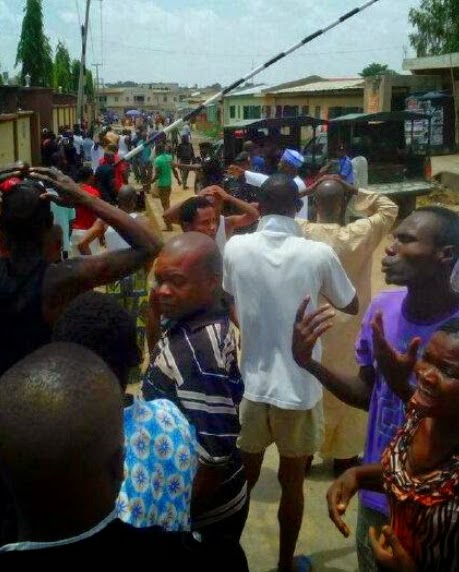 This afternoon, 5 innocent civilians were killed during a church service at St Charles Family Catholic Church in Kano.

The suspected Boko Haram members bombed the church around 1:30pm after tossing explosives into the building from across the road. 8 people were injured in the attack while 5 others lost their lives. 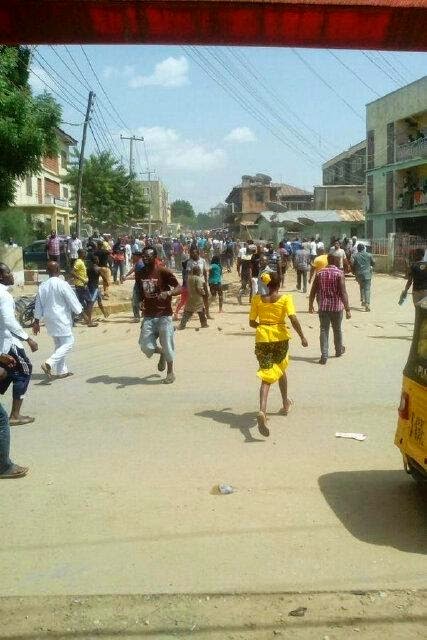 Mba, an Assistant Commissioner of Police added that all the suspects are currently undergoing interrogation.

The Police also said its has embarked on intensive patrols of the city while it also advised citizens to be vigilant and report any suspicious person or activities to security forces.

Idowu Kazim, a mechanic in the area, said: “We heard the explosion at around 2:15 pm (1315 GMT) and moments later a police anti-bomb truck sped past in the direction of the scene.”

Another resident who lives near the church told AFP on condition of anonymity the blast “made me dash out to my balcony”.

An eyewitness who sent NaijaGists.com this photo said this latest bombing was carried out in a predominantly Christian community occupied by Igbo traders.