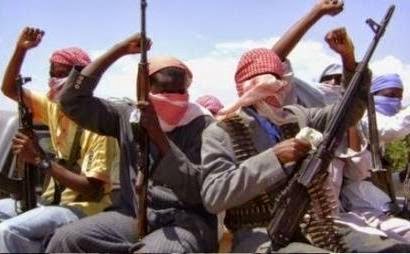 WASHINGTON – When Washington imposed sanctions in June 2012 on Boko Haram leader Abubakar Shekau,he dismissed it as an empty gesture.

Two years later, Shekau’s skepticism appears well founded: his Islamic militant group is now the biggest security threat to Africa’s top oil producer, is richer than ever, more violent and its abductions of women and children continue with impunity.

As the United States, Nigeria and others struggle to track and choke off its funding, Reuters interviews with more than a dozen current and former U.S. officials who closely follow Boko Haram provide the most complete picture to date of how the group finances its activities.

Central to the militant group’s approach includes using hard-to-track human couriers to move cash, relying on local funding sources and engaging in only limited financial relationships with other extremists groups. It also has reaped millions from high-profile kidnappings. “Our suspicions are that they are surviving on very lucrative criminal activities that involve kidnappings,” U.S.

Assistant Secretary of State for African Affairs Linda Thomas-Greenfield said in an interview.

Until now, U.S. officials have declined to discuss Boko Haram’s financing in such detail.

The United States has stepped up cooperation with Nigeria to gather intelligence on Boko Haram, whose militants are killing civilians almost daily in its northeastern Nigerian stronghold. But the lack of international financial ties to the group limit the measures the United States can use to undermine it, such as financial sanctions.

The U.S. Treasury normally relies on a range of measures to track financial transactions of terrorist groups, but Boko Haram appears to operate largely outside the banking system.

To fund its murderous network, Boko Haram uses primarily a system of couriers to move cash around inside Nigeria and across the porous borders from neighbouring African states, according to the officials interviewed by Reuters.

In designating Boko Haram as a terrorist organization last year, the Obama administration characterized the group as a violent extremist organization with links to al Qaeda.

The Treasury Department said in a statement to Reuters that the United States has seen evidence that Boko Haram has received financial support from Al Qaeda in the Islamic Magreb (AQIM), an offshoot of the jihadist group founded by Osama bin Laden.

But that support is limited. Officials with deep knowledge of Boko Haram’s finances say that any links with al Qaeda or its affiliates are inconsequential to Boko Haram’s overall funding.

“Any financial support AQIM might still be providing Boko Haram would pale in comparison to the resources it gets from criminal activities,” said one U.S. official, speaking on condition of anonymity.

Assessments differ, but one U.S. estimate of financial transfers from AQIM was in the low hundreds of thousands of dollars.That compares with the millions of dollars that Boko Haram is estimated to make through its kidnap and ransom operations.

Ransoms appear to be the main source of funding for Boko Haram’s five-year-old Islamist insurgency in Nigeria, said the U.S. officials, who spoke on condition of anonymity.

In February last year, armed men on motorcycles snatched Frenchman Tanguy Moulin-Fournier, his wife and four children, and his brother while they were on holiday near the Waza national park in Cameroon, close to the Nigerian border.

Boko Haram was paid an equivalent of about $3.15 million by French and Cameroonian negotiators before the hostages were released, according to a confidential Nigerian government report later obtained by Reuters.

Figures vary on how much Boko Haram earns from kidnappings. Some U.S. officials estimate the group is paid as much as $1 million for the release of each abducted wealthy Nigerian.

It is widely assumed in Nigeria that Boko Haram receives support from religious sympathizers inside the country, including some wealthy professionals and northern Nigerians who dislike the government, although little evidence has been made public to support that assertion.

Current and former U.S. and Nigerian officials say Boko Haram’s operations do not require significant amounts of money, which means even successful operations tracking and intercepting their funds are unlikely to disrupt their campaign.

Much of Boko Haram’s military hardware is not bought, it is stolen from the

In February, dozens of its fighters descended on a remote military outpost in the

rocket-propelled grenades and hundreds of rounds of ammunition.

Such raids have left the group well armed. In dozens of attacks in the past year

Boko Haram’s inner leadership is security savvy, not only in the way it moves

money but also in its communications, relying on face-to-face contact, since

messages or calls can be intercepted, the current and former U.S. officials

from legitimate law enforcement officials in Africa and certainly our own

intelligence efforts trying to get glimpses and insight into what they do,” a

U.S. officials acknowledge that the weapons that have served Washington so well in its financial warfare against other terrorist groups are proving less effective

particularly well tailored to the way that Boko Haram is financing itself,” a U.S. defense official said.

Continue Reading
You may also like...
Related Topics:boko haram, Kidnapping