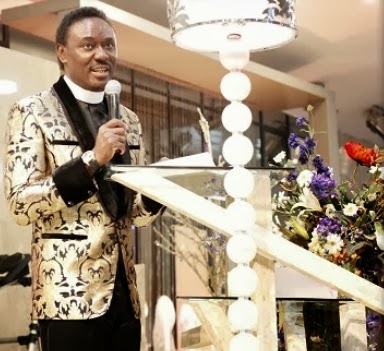 “No God condones this terror. No grievance justifies these actions. There can be no reasoning – no negotiation – with this brand of evil. The only language understood by killers like this is the language of force” – President Barak Obama on the ISIS terrorist group.

The Federal government’s widely publicized ceasefire agreement with the Boko Haram insurgents was met with more violent attacks, and the capture of more territories by the Islamists. Their leaders even went ahead to disavow any negotiations with our government, with a firm promise never to make peace.

Of course, Boko Haram has made good its threat. The bombings have continued unabated; and as you read this, the North Eastern towns of Gwoza, Mubi, Michika, Gulak, Madagali, and several obscure villages are still occupied by the insurgents. During the week, Gombe and Potiskum were attacked, with a lot of casualties. Same familiar story!

Atrocities being committed by Boko Haram in these captured territories include rape, forced marriages and conversions to their bizarre brand of Islam; beheadings, random executions and looting. As far the insurgents are concerned, we are all infidels.

The Chibok Girls remain in captivity, with no hope they’d be freed soon; we have reportedly lost some of these hapless girls to snake bites and sickness. This current level of pessimism is informed by the hopelessness of the war effort and the government’s apparent lack of an effective strategy to defeat the insurgents. Clearly, our military is now in disarray, with soldiers fleeing the front as the insurgents advance, almost unchallenged.

So sad, the Cameroonians, supposedly our partners in this terror war, gleefully advertise stories of deserting Nigerian troops who seek refuge from advancing Boko Haram fighters in their territory. Obviously, for a country like Nigeria which prides itself as the largest, most powerful black nation in the world, with the biggest economy in

Africa to boot, our management of this war does no justice to our image.
Indeed, it merely exposes the false optimism which our outlandishly great power image confers. How is it possible for a middle – sized regional power, which defected Ebola with adroit, efficient execution, that even the world powers envy, seem powerless against about 10,000 bandits and terrorist?

Defeated Ebola and a successful war on terror are all about logistics, efficient
management of crisis and coordination. Why we can’t replicate the Ebola winning strategy in this terror war is confounding. Ebola is as lethal as Boko Haram, with potential to decimate populations much faster than terrorists. Yet, we acted swiftly and contained it, to the admiration of the world.

In Ebola’s case, we adopted an effective bi-partisan approach, not often seen in our strife-ridden polity. What has aggravated this terror war and made it so difficult to manage is, chiefly the failure of a divided, acrimonious and antagonistic political class, to unite against the common enemy of the nation. There are Boko Haram sympathizers in the political parties, in the military, Intelligence Services and the Jonathan Administration. Therein lays our failure to win this war.

It was easy for Gen. Yakubu Gowon to lead federal forces to overcome Biafra in just 30 months, because he had behind him a cohesive administration and competent, efficient war machine. And he acted swiftly to replace even his most popular commanders when they performed below expectations. President Jonathan, who has neither a strong war machine, nor a loyal, cohesive administration behind him, may need to look at Gowon’s template in his execution of this terror war.

You don’t keep a failed group of war commanders when your troops are being routed on every front, and territories lost randomly, almost on a daily basis. I made this point in my latest syndicated article coming out shortly. Even, football coaches replace under-performing star players when the team seems to be headed for defeat. President Jonathan should have wasted no time in sacking his entire war team and replace them with more proactive generals and advisers, in view of the vanquishing of our forces by a rag-tag, but well armed Boko Haram fighters.

He should not wait until the insurgents march towards Abuja before he does something drastic to save the situation, which is becoming fiercely urgent. More urgent, in fact, than his re-election bid, which obviously dominates his agenda at the moment. Nigeria’s survival comes first before anything else, including a Presidential election.

The ruling PDP tends to give greater priority to perpetuating itself in power than destroying the insurgents who pose such a potent threat to our sovereignty. That’s not realpolitik, its bad logic. Like I wrote elsewhere, this war should be at heart of the President’s agenda; without it, he cannot transform Nigeria, no matter how effective his Transformational programme is.

Boko Haram, like all Islamists everywhere, espouse a virulent brand of austere, absolutist Islam, driven by atavistic impulses. It takes more than mere grandstanding to destroy this barbaric group of deranged individuals.”

[Article authored by Reverend Chris Okotie Of Household of God]

President Jonathan 2015 Ambition: The Selfish Desire Of Man Or The Making Of God
Sheik Gumi Urges Nigerians To Vote Out Jonathan & Embrace Change