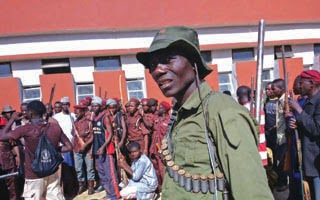 In a detail revelation he documented, the Ghanaian spiritualist said that two of the girls have died while others are in bad health state. 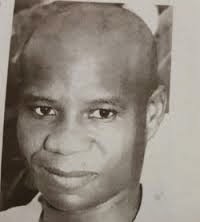 Shamuna Ustaz Jibril
According to him, from now to July 22, 2014, it is likely that the girls could be located and three of their abductors captured between now and August.

The militants, he said, are more spiritual than physical and could be traced to the dreaded late Mohammed Marwa, alias Maitatsine, who also caused a lot of atrocities before being killed in Nigeria.

The militants, he went on, planned bombing places like the US Embassy in Abuja, Yobe, Yobe Girls School, the Jos Prison, Bauchi Central Police Station, Maiduguri Roman Catholic Church and the Kontagora Central Mosque, among other targets.

He had advised the Nigerian authorities to avoid political rallies at this time especially in the night.

On how the girls were captured with such ease, he said, “By my spiritual calculation, the militants who are occultists administered some spiritual powder on them so they could easily be quarantined.”

They were immediately taken to Kanamma in Yobe State and kept for 72 hours and subsequently distributed into 10 groups and taken to different destinations, he stated.

He dispelled the speculation that all the girls are in Nigeria, pointing out that some of them were in Chad, Niger, and Cameroon.

Fifteen of them who are in Cameroon, he said, were in Garua, about 72 km away from the Faro reserve, while those in Chad are in Tarso voon behind a mountain range.

In Niger, they were distributed in Dosso, Diffa, Maradi and Damagara, while in Nigeria; he said they were in Kanamma in Yobe State.

Two of those in Chad who come from wealthy families, he said, are currently dead, leaving the total here at 13.

He added that those in Niger were seriously sick from malaria. Of the lot, those in Chad, he said, were in the worst state.

The spiritualist, a native of Bawku, recently gave an insight into the missing Malaysian airliner All the passengers onboard the ill-fated flight, he said, at the time were dead.

He had made a number of appearances or radio and was once hosted by Black Rasta when he made revelations about the last presidential elections.