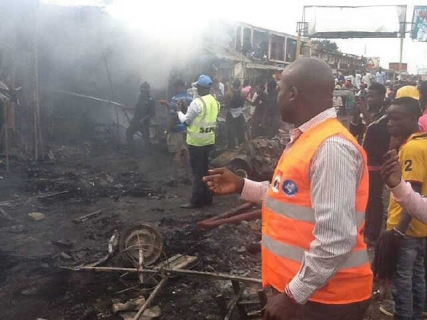 Another bloody day has been recorded in Jos city, Plateau state, Nigeria.

The attack we learnt happened around Jos University Teaching Hospital inside the Terminus Market 32 minutes apart.

According to eyewitnesses, the twin explosions shook the entire area causing major panic among residents.

People who witnessed the bombing said over 200 people were killed in the attack.

The first vehicle that exploded was an old Peugeot J5 van with plate # XG 148 BLD AND 32 minutes after a Toyota Van with Gombe plate number exploded.

Area residents said the second car that exploded had been parked there since 6 am in the morning. At least 5 local residents informed police officials of the suspicious van but no police came to the scene.

Nothing was done until the Toyota van exploded few hours after residents informed the police.

Here are some photos from Jos Market bombing: 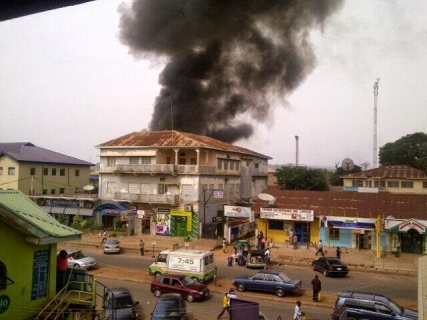 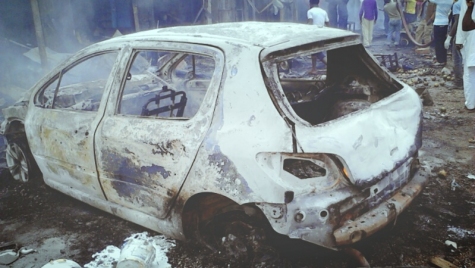 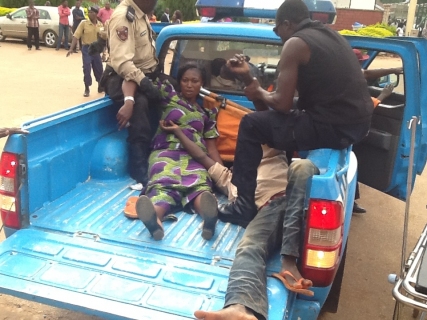 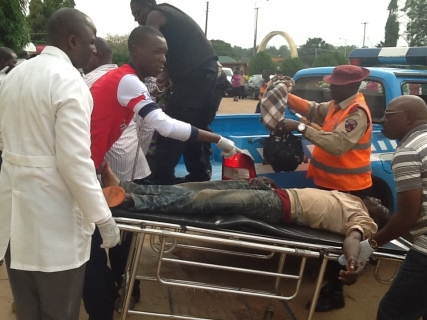 May the souls of the victims rest in peace (amen)