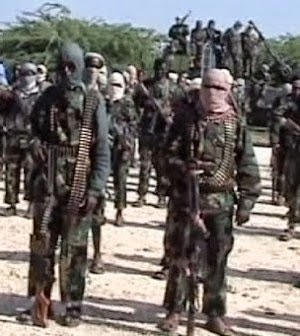 Boko Haram terrorists have changed their tactics and operation mode.

The dreaded jihadi sect are said to be training more female suicide bombers that will assist them in successfully carrying out their attacks on innocent civilians.

On Sunday, a lady with explosive-packed Hijab killed herself and soldier very close the 301 Battalion of Nigerian Army in Gombe.

There were however conflicting reports on how the incident which also injured another soldier happened.

The News Agency of Nigeria reports that the female bomber, was riding on a motorcycle and on approaching the gate of the military facility, hugged a soldier.

This, it said, led to a bomb concealed in her hijab to explode, killing both of them.

But the Deputy National Publicity Secretary of the Peoples Democratic Party, Mr. Abdullahi Jalo, told one of our correspondents on the telephone that the female bomber, who was on foot was asked by soldiers manning the entrance to the facility to turn back but she declined.

According to him, one of the soldiers ran after her not knowing that she had an explosive device concealed in her hijab which she immediately detonated.

Jalo said, “A female suicide bomber was approaching the army quarter guard around the railway area; she was heading towards the military post and they kept telling her to stop.

“She however kept advancing and one of the soldiers approached her, perhaps to forcefully stop her. It was at this point that she blew up herself and the soldier at about 10.50am.”

Olukolade told NAN in a telephone interview from Abuja that normal activities were ongoing at the barracks as of Sunday evening.

‘‘Intelligence deduced from credible information earlier received on this plot confirms the vigilance of some members of the public,’’ he said.

Olukolade later issued a statement which read, “Troops mounting a security check point at a barrack entrance in Gombe this morning intercepted a lady suicide bomber while she was attempting to gain entry into the barracks.

“The lady suicide bomber who had primed herself with improvised explosive devices concealed under her Hijjab was intercepted when troops acting on intelligence report indicating that a terrorist group was plotting to attack barracks around Gombe using female suicide bombers, halted her and as she was being searched the bomb detonated killing the lady.

“Unfortunately, one of the troops conducting the search also died while another was wounded in the explosion.”

When contacted, Alukwe said information on the incident was still sketchy because the military had yet to issue a statement on it.

He said “We’ve been trying to reach out to the military to get a clear picture of what really happened but they’ve not given us any information yet.

“There was an incident. We saw people running helter skelter and the military has barricaded the area.

“That is all I know so far. They made me understand that they need to get clearance from the Defence Headquarters before they can speak.”