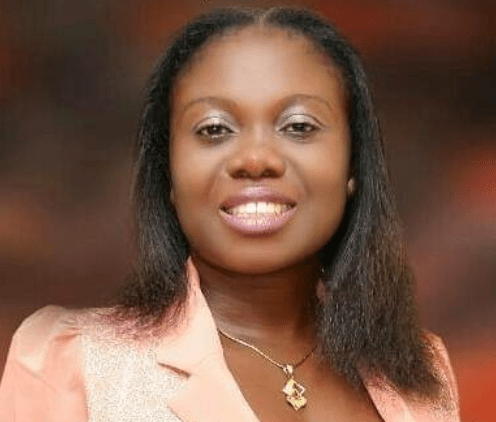 The incident, it was learnt happened near popular Amakanma Estate in Umuahia South Local Government Area of the state, about 7pm on Monday

Sources said that the armed men trailed the staff who had left their office premises in a Hilux van in the company of the station’s General Manager (GM), Uche Ndukwu and was heading home after her shift.

The sources said that the gunmen had trailed the staff of the corporation with a Motorcycle and Toyota Sienna without being noticed.

It was further learnt that the gunmen who shot the driver of the vehicle in apparent move to stop him from chasing after them or raising alarm, abducted and whisked away the female presenter.

“Those in the car were Chinenye Iwuoha, the GM, Mr. Uche Ndukwu, the driver; Kingsley Onyeokuche and another staff, Nnamdi Egwuagu.

“They probably thought that Chinenye was the GM as she sat at the back while the GM, sat in the front with the driver”

“They were shouting who is the GM? When they got to the car, they shot the driver in the stomach and whisked Iwuoha away in their car.”

The gunmen, it was gathered, also made away with the valuables belonging to the GM and other staff including their laptops.

Meanwhile, the driver, Kingsley Onyeokuche who was shot in the stomach was reportedly rushed to an undisclosed hospital where doctors battled all night to save his life due to excessive loss of blood.

It was learnt that he was later operated successfully, even though it was gathered that the condition of the driver is still critical.

“He just came out of the theater this afternoon (Tuesday) and doctors are hopeful that he will pull through”.

A source said the kidnappers have made contact with the station and are demanding for N20m ransom for the release of the Presenter.

The Commissioner of Police in the State, CP Janet Agbede in telephone interview told our reporter that the police at the time of the conversation was yet to receive any official report on the incident.

Continue Reading
You may also like...
Related Topics:AOP kidnapped in umuahia, Chinenye Iwuoha