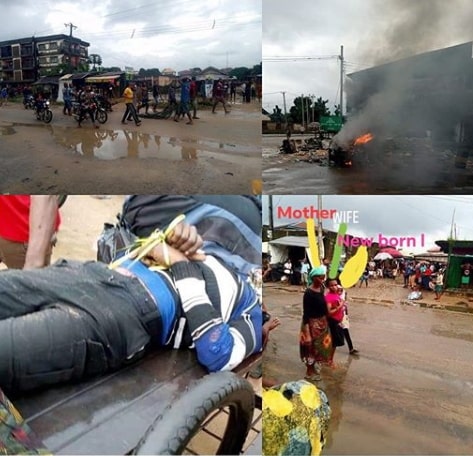 A tricycle rider who is the sole caretaker of his family has been murdered in Abia state.

According to viral report on the social media, the deceased driver pictured above was shot by a bribe-seeking soldier at Umuokereke Ngwa community in Obingwa Local Government Area of Abia state today for refusing to yield to his demand.

The driver who just welcomed a baby was shot dead because he refused to pay the military man the 100 Naira bribe he demanded for.

His death has led to a massive protest in the aforementioned community in Abia state.