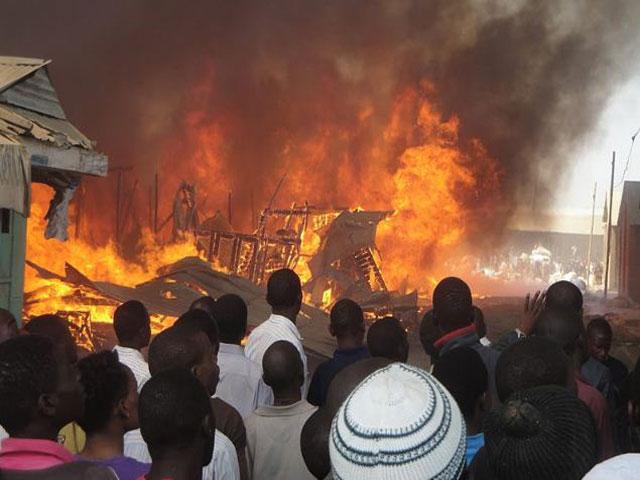 A joint effort by the Nigerian army and police earlier today prevented the attempted burning of St. Mary’s Catholic Church in Nyanya area of the federal capital territory in Abuja .

Sources at the church told SaharaReporters that trouble started when a Hausa-speaking Muslim man in the area was prevented from parking his car too close to the church building. The measure was put in place as a way of preventing Islamist militants from attacking Christian places of worship on Sundays.

The man, however, resisted the police and soldiers guarding the church. An argument ensued leading to his arrest and humiliation by the security agents who told him to “frog-jump” in front of the church.

After his release by the police, the man reportedly went into the community to mobilize some people to attack the church and burn it down.

Panicked church members left the church leaving their cars behind.

However, a swift intervention by police and soldiers prevented the man and his mob from burning the church. The security agents then started shooting in the area leading more residents to flee the immediate vicinity of the crisis.

Saharareporters has received further information that the man arrested and tortured by the soldiers died after he was tortured. The events following this was a protest by commercial bike riders in the area to protest his death at the hand of the soldiers guarding the church. There is still no official confirmation at to what really transpired in Nyanya. All church members have been released from the church to go home as shooting the area has died down.