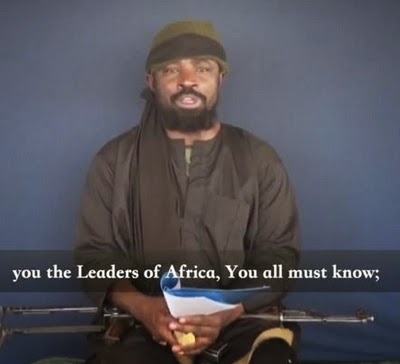 This is an exclusive report by ZimEye (online Zimbabwean blog) on Boko Haram’s planned reprisal attack on South Africa for the senseless killings of innocent Nigerians.

The dreaded Boko Haram insurgents has been spotted in Zimbabwe in transit to South Africa, according to reports by UK-based news outlet ZimEye, citing Zimbabwe’s national intelligence agency.

According to the Zimbabwean news website, the Central Intelligence Organisation (CIO) issued an intelligence report, warning that the Islamist militant group is in Zimbabwe en route to neighbouring South Africa.

Other Zimbabwean media outlets have picked up the story. One outlet, Harare24, claims, “Officers were yesterday called for duty at around 9pm and are now temporarily stationed at selected police stations where they camp.”

iHarare reports that police spokespersons have not responded to a request for clarification on the original ZimEye report, and official statements from the government of Zimbabwe regarding Boko Haram’s potential presence in Zimbabwe do not appear to exist.

The Matebeleland region borders South Africa, where the jihadist group may seek to “carry out revenge attacks for the ill-treatment of several Nigerian nationals in the ongoing xenophobic attacks” that have left seven people dead and displaced thousands more from their homes, notes the news website.

Zimbabwe’s online news outlet iHarare reports that in the video, which has not yet been verified as authentic, Boko Haram warned that it would execute all South Africans in Nigeria, Chad, Niger, and other surrounding countries if the government of South Africa failed to contain the situation.

Boko Haram militants are the number one cause of mass murder in the country presently, there is no way they can use Xenophobia to justify planned attack on South Africa.

This  Zimeye’s report gets K-leg.