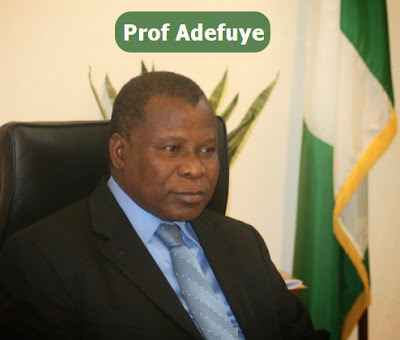 Nov 11, 2014 – Boko Haram: US Is Not Selling Military Weapons To Nigeria Over Human Rights Allegations

Since the involvement of US anti-terrorism experts in the war against Boko Haram, Nigerian military has not experienced major breakthrough due to lack of lethal weapons that can wipe out the terrorists.

These was revealed to journalists on Monday by Nigeria’s Ambassador to America, Prof Ade Adefuye.

He expressed his disappointment by the refusal of the US government to help Nigeria procure military weapons that can help Nigeria overcome terrorism.

He argued that the Americans were letting Nigeria down at her hour of need.

While receiving a delegation of the U.S. Council on Foreign Relations yesterday, the Nigerian Ambassador to the United States, Professor Ade Adefuye said both the Nigerian people and the government feel abandoned by America.

See excerpt from his speech:

“I am sad to inform you that the Nigerian leadership: military and political, and even the general populace, are not satisfied with the scope, nature and content of the United States’ support for us in our struggle against terrorists.”

“We find it difficult to understand how and why in spite of the U.S. presence in Nigeria with their sophisticated military technology, Boko Haram should be expanding and becoming more deadly”.

“The U.S. Government has up till today refused to grant Nigeria’s request to purchase lethal equipment that would have brought down the terrorists within a short time on the basis of the allegations that Nigeria’s defence forces have been violating human rights of Boko Haram suspects when captured or arrested.”

“A stable and secure Nigeria is an invaluable asset to America,”

US had equally explained that it would not be selling military weapons to Nigeria due to human rights allegations against the Nigerian military.

This was made known a day before Jonathan declares his intention to run for reelection.

Continue Reading
You may also like...
Related Topics:boko haram, nigeria, us, weapons