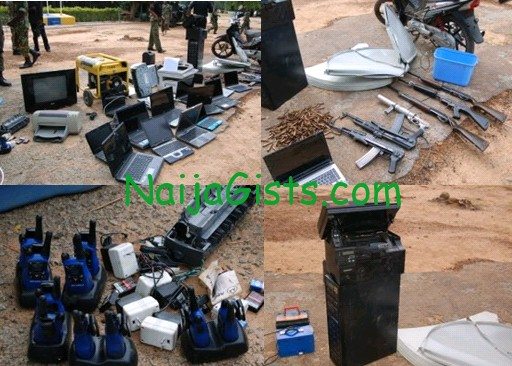 On Tuesday 18th of Sept, 2012, The Joint Task Force(JTF) gave a serious blow to the operational capability of Boko Haram terrorist sect after a successful raid on their command and control center (operational base) in Kano State, Nigeria. naijagists.com

WeaponS Recovered From Boko Haram’s Operational Base in Kano

Below are some weapons recovered from Boko Haram’s Operational Base in Kano today:

The Joint Task Force is using this medium to appeal to the general public to continue their daily activities without any fear of attacks.