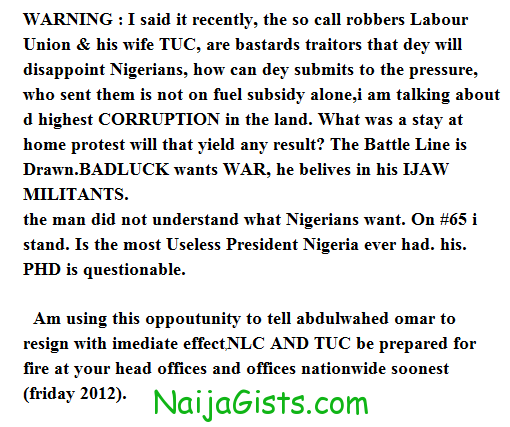 The leaders of NLC and TUC received a threat letter in on Monday supposedly sent by Boko Haram. In the letter (above), the Islamic sect expressed their anger over the way the Labour leaders handled the fuel hike crisis. They asked the NLC president to resign and also threatened to bomb their HQ soon.

The letter reads ‘I’, ‘AM’ instead of ‘WE’…probably a prank but the NLC people are taking it very seriously. They’ve handed the letter to security agencies.