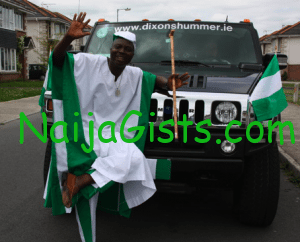 Popular Yoruba Actor, Bolaji Amusan aka Mr Latin has responded to a death rumour that went viral about him few weeks ago.  naijagists.com

Mr Latin’s death rumour spread like wildfire and the actor’s telephone lines and those of his close associates was buzzing with people calling to confirm if Prophet T.B Joshua’s prediction (that a popular artiste will soon die) has come to pass on the famous comic actor.

He is currently preparing to go for a US-wide tour.

You guys should at least wait for him to die finish before spreading the rumour.

Mr Latin is not officially dead.