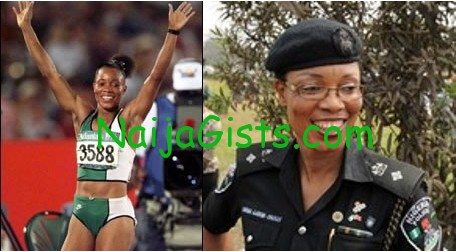 Nigeria’s first Female Olympic Gold Medalist, Chioma Ajunwa Opara who joined the Nigerian Police Force years before her winning in year 1996 has been promoted to the rank of a Divisional Police Officer, DPO of Meran Police Station in Lagos State Nigeria.