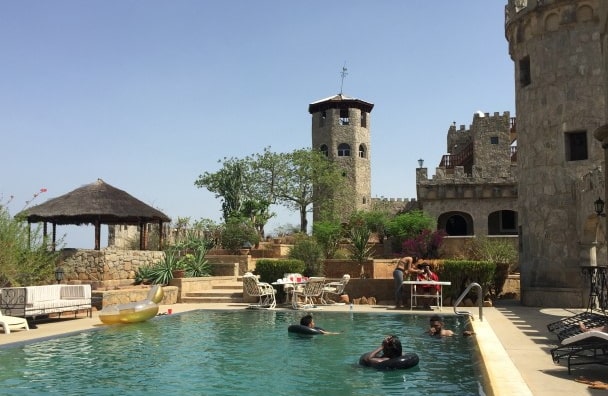 A British woman and 3 others have been killed by suspected kidnappers in Kajuru LGA of Kaduna State.

But Kaduna State Police Command only confirmed the killing of the expatriate and one other.

The incident occurred around 11:30 am on Friday when the attackers stormed the area shooting sporadically and in the process shot the victims.

A source close to the local government chairman told our correspondent that the kidnappers abducted five other persons.

According to him, “Yes there was an attack at Kajuru Castle but we suspect they were kidnappers and they killed an expatriate” he said.

The Nation gathered that there was a party at the castle the night before the incident.

He also said only three people were abducted by the kidnappers and that a team of police officers have been deployed to the area.

According to the PPRO, “we received information through DPO Kajuru that at about 2340hrs, some suspected Kidnappers, armed with dangerous weapons, gained entry into a recreational resort called Kajuru Castle in Kajuru Local Government Area shooting sporadically and in the process shot dead two persons, including an expatriate lady and took away three others.

“Patrol teams led by the DPO rushed to the scene and evacuated the victims to St. Gerald Hospital. Investigation later revealed that the victims, along with twelve others, came from Lagos on tourism after which they organised a party at the Castle located at the Hill Top during which the incident happened.” He said.

He explained that the Commissioner of Police, CP Ahmad Abdur-Rahman, appeals to members of the public to assist the Police with useful information that would help in the arrest of the perpetrators of the heinous crime.