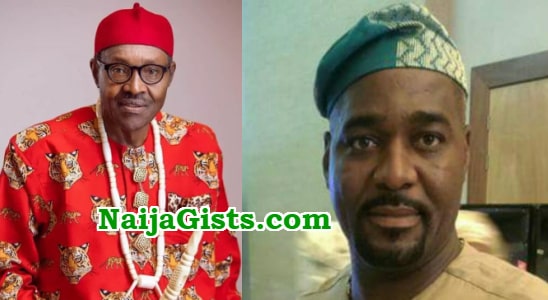 A chieftain of the All Progressives Congress (APC) in Anambra State Dozie Ikedife (Jnr) has called on residents of the southeast to vote massively for President Muhammadu Buhari in the February 16 elections.

He asked them to be realistic enough to understand the dynamics of politics, saying any miscalculation can cause them presidency come 2023.

Addressing newsmen ahead of President Buhari’s visit to the state on Thursday, Ikedife, a deputy governorship candidate in the 2017 election, said the visit was another opportunity to prove Buhari’s care for the Igbo.

He insisted supporting Mr. President’s second term bid would make the Igbo stand better chance to produce the next President of Nigeria in 2023.

“There are lots of reasons why Igbo should support Buhari complete his eight years tenure, including reconstruction of major federal roads in the South East, on-going construction of 2nd Niger Bridge and just completed late Dr Nnamdi Azikiwe’s tomb,” he said.

Describing Igbo as a sect with native and applied intelligence, wisdom of a practical kind, the APC chieftain however regretted that some politicians in the region have refused to appreciate certain basic political permutation.

“It baffles me why some politicians from the South East geo-political zone cannot understand the simple calculation that to negotiate for Igbo presidency under Buhari’s remaining four years is shorter than waiting for another eight years of the People’s Democratic Party (PDP)’s promise which appears unrealistic.

“We are all campaigning and by God’s grace we will return Buhari to Aso Rock to complete his eight-year tenure.

“He has been going round the country telling Nigerians lots of things he’s done within his first tenure.

“He has revamped the agricultural sector, the aviation industry with new more airports in place, paid pensioners their arrears, empowered the youths, other categories of the population and even resolved that school children are fed.

“Those are landmark achievement in addition to his tireless fight against corruption.”