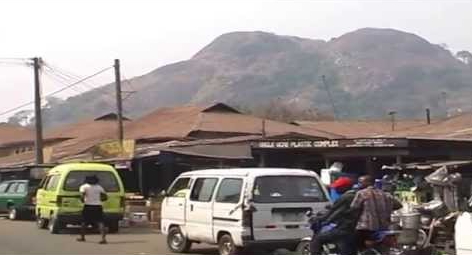 Bus Driver Kidnapped Near Oba Akoko Road In Ondo State While Easing Himself, N5M Ransom Demanded By His Abductors

Another person has been kidnapped near Oba Akoko in Ondo state.

An unsuspecting commercial bus driver coming from Oturkpo, Benue state to Lagos came down to ease himself when the gunmen came out of their permanent hide-out near Oba-Akoko, where eminent people including Traditional rulers, Regent, Catholic Priests among others had been abducted in the past and kidnapped him.

They eventually left his passengers inside the vehicle to remain stranded.

The DPO, Oba-Akoko, Olakunle Fabolude said his men had swung into action to rescue the driver.

It was learnt that the kidnappers were asking for N5m ransom from his family.

The Police Area Commander for Akoko, ACP Razak Rauf assured that those abducted would be rescued alive by the police.

According to him, all bushes and jungles are being combed by his men to arrest the culprits.

A community leader in Ayegunle, Oka-Akoko,Gabriel Ariyo urged the Minister of Works ,Raji Fashola to dialogue with President Mohammed Buhari on how to fix the deplorable Owo-Ikare-Ibilo road, stressing that Akoko is the gate way to Ondo state from all parts of the country.