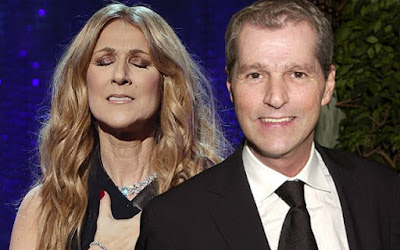 Less than 48 hours after the death of her husband, Rene Angelil, the elder brother of star singer Celine Dion, Daniel Dion has been given days to live.

Daniel who is currently on his death bed in their home town of Montreal in Quebec, Canada is battling Brain, tongue and throat cancer.

This is not the best of times for legendary singer Celine Dion as her brother Daniel is on deathbed barely 24 hours she lost her husband Rene Angelil to cancer.  Celine Dion’s brother Daniel, 59, is battling brain, tongue and throat cancer in their native Montreal home. TMZ reports that he has hours to live as the family doesn’t think he’ll make it through another week.