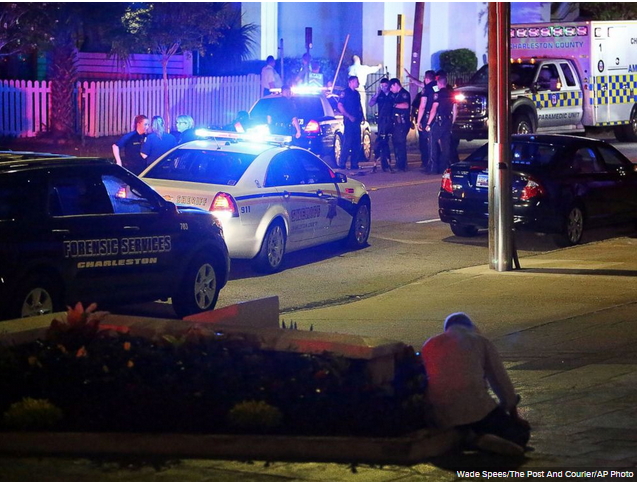 A young white man is currently on the run after he allegedly fired shots that killed 9 worshipers inside a predominately black church, Emanuel African Methodist Episcopal (AME) in Charleston, South Carolina.

According to Charleston Police Chief Greg Mullen, the remains of 8 people were found inside the church while 2 others were rushed to the hospital where one died within an hour of the shooting.

The barbaric shooting occurred around 9pm on Thursday.

The suspect was described as a 21-year-old tall white man wearing a Timberland boots, blue jeans and a gray hoodie.

“It is senseless. It is unfathomable that somebody would walk into a church when people are having a prayer meeting and take their lives,” Riley told reporters.

See more photos from the scene of the shooting 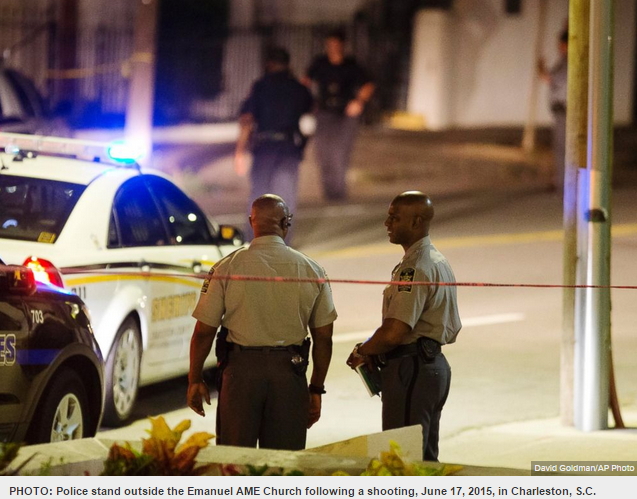 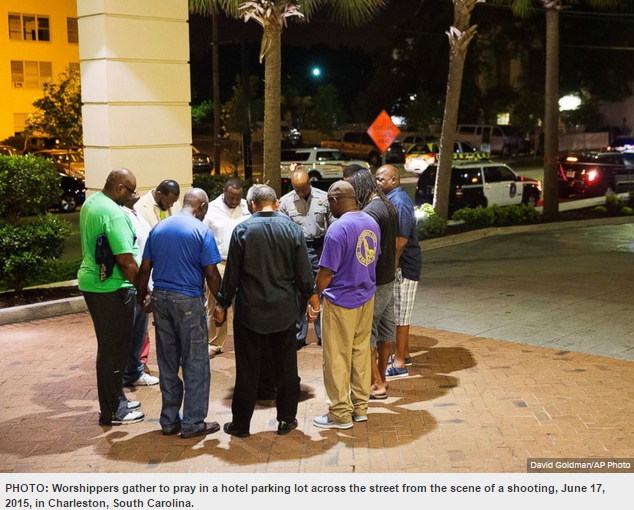 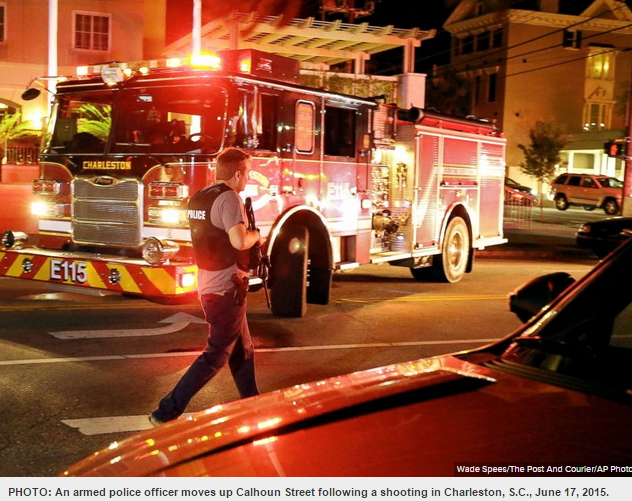