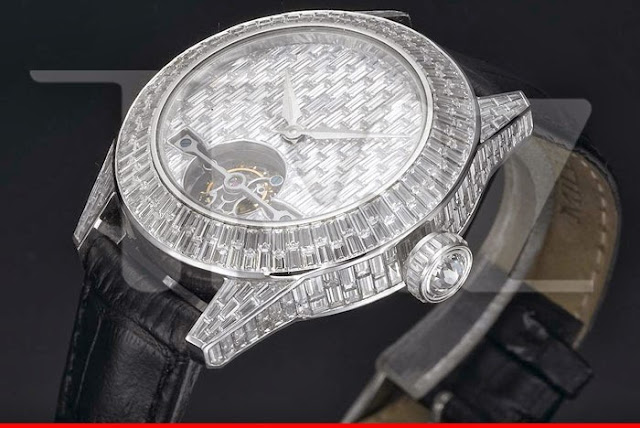 According to TMZ, the boxer paid $1 million down payment to have the wrist watch customized from Russian cut diamonds. 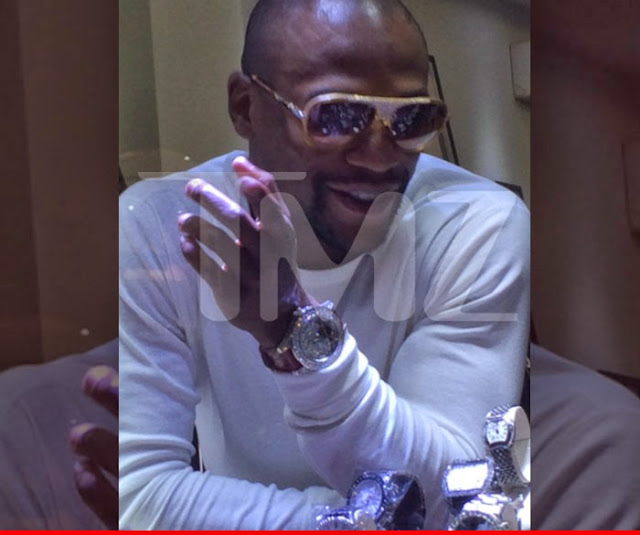 The watch is covered in diamonds, with just the white gold hands and the leather band not made of diamonds.

Floyd also owns the trademark for the wristwatch design.

$164 million wristwatch! is he kidding?